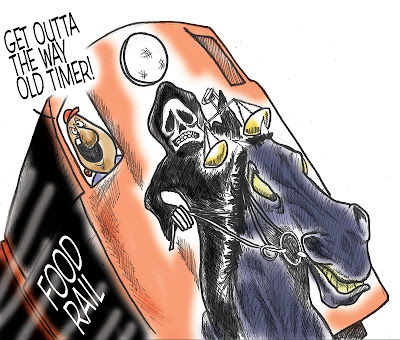 If the world wishes to avoid the spectre of multiple mass mortality famines in the coming decades, the lasting answer is not to be found in the provision of massive amounts of food -sparked by pictures of starving kids- once the catastrophes are underway. Though necessary, such generosity is but a short-term band aid, serving only to prolong lives till the next drought. Resolving conflicts, as the African Union is attempting to do in Somalia, and investing in the region’s infrastructure during the intervening periods, is the best way to guarantee that communities will be ready the next time round.
Posted by Gathara at 3:32 PM