When Media Become Lapdogs Rather Than Watchdogs 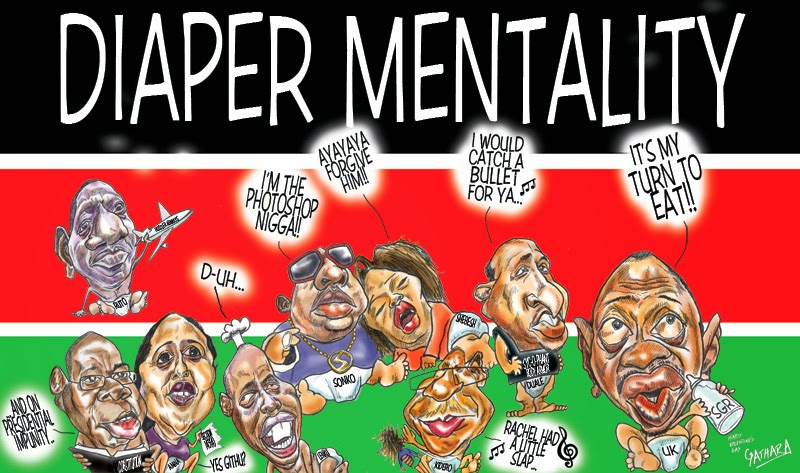 A little over a week has passed since police stormed the Musa Mosque in Mombasa, and killed up to 9 people whom they accused of participating in a "jihadist convention." Nearly 130 others, including children were arrested -58 have since been released- and the rest charged with offences under Kenya’s terrorism act. The police claim to have recovered terror training materials and information indicating plans to attack an "unspecified target."

I think there is a lot that is disconcerting about how this story is being told and the assumptions that have been made. There is little questioning of the government narrative. The media appears to have already made up its mind about what happened and has entirely ignored alternative versions of what happened.

Some things just don't seem to gel with the “official truth”. To begin with, this was no secret meeting. The media has reported that the convention was openly advertised on posters pasted across town and on social media postings and that the authorities were well aware of it. There is also considerable confusion over who called the meeting and what exactly was to be discussed.  The Standard reported there were lectures “on various topics justifying jihad, claiming conspiracies against Muslims and exhorting the faithful to prepare for ishtishhaad (life of sacrifice)”. However, Sheikh Abdallah Kheir, an imam and lecturer of sociology at Kenyatta University, told the press the meeting had been advertised merely as a religious lecture. Some of those who claimed to have been there also seemed unaware they were attending a "jihadist convention."

Further, it is unclear whether the meeting had been prohibited (which would raise fundamental issues surrounding the legality of any such a ban, and the impact on constitutionally-guaranteed freedoms of assembly and speech -issues that the press has not bothered to address.) The press reported that "authorities in Mombasa" had said they "would not allow it to take place." But these "authorities" do not appear to have made any effort to inform the organizers that their meeting had been disallowed. Though in the aftermath of the raid, the Mombasa County Police Commander was quoted as saying: "'we' had issued a warning that we will not allow such a meeting because it was illegal," other reports indicated that the Mombasa County Security Committee made no attempt to stop it "anticipating that known hardcore jihadists would attend it." In fact, "attending an illegal meeting" does not appear to be one of the charges levelled in court in relation with the incident.

As I write this, the government has reportedly arrested three persons  in the capital, Nairobi, after police broke up a citizens' protest they had themselves cleared. The demonstration, led by the activist Boniface Mwangi and the widely respected Rev Timothy Njoya, was supposedly outlawed by the shadowy National Security Advisory Council which accused the US Agency for International Development of plotting to topple the government by financing demonstrations. Again, as the press has dutifully parroted the government's ridiculous allegations and ignored the constitutional issues, no one asks why it appears that the authorities once again appear to have made no effort to inform organizers that their event was “banned” or which law gave them the power to do so.

Going back to Mombasa, I am also greatly concerned at the terms employed in the coverage, much of which mirrors the distorted and lazy international reporting on seemingly all matters Muslim. The press has branded the meeting an "outlawed jihadist convention" and taken to calling those arrested (and, it would seem, pretty much any collection of young men at the coast) "militants" or "radicalized youth". We hear of "jihadist" flags and banners (apparently any black cloth with Arabic-looking script) and everyday household items, including scissors, a pair of pliers and a screwdriver, described as "weapons".  There's a disturbing vagueness about what is meant by radicalization. Who gets to decide who is a "radical preacher", which youngsters have been "radicalized", and what a nice "moderate" Muslim looks and sound like?

A few days after the Masjid Musa raid, a mob in Kisumu defaced and forced the removal of a monument put up to commemorate a century of Sikh presence in Kenya's third-largest city. In the days leading up to the destruction of the statue, Christian preachers were openly inciting their followers claiming the structure was "satanic" and attributing weather phenomena to its erection. Despite this, no one called for regulation of sermons in Kisumu, the shutting down of “radical preachers” in favor of “moderate Christians” or characterized the violent youths as “militant” or “radicalized”.

It is clear that the government has for a long time been uncomfortable with rising political consciousness at the coast and elsewhere. Its standard response however has been one of demonization while continuing to ignore the underlying grievances. Its dealings with civil society critiques or the Mombasa Republican Council, for example, demonstrate this clearly enough.

While there may be areas of legitimate security concerns, such as recruitment into terror outfits like Al Shabaab and possible terror plots, this does not give authorities carte blanche to ignore constitutional limits and to deny fundamental freedoms. The constitution exists primarily to constrain the power of government, not the rights of citizens. Thus we really should be worried when government sets itself up as the public censor, purports to ban speech and speakers it does not like and uses "national security" as an excuse to close down the space for political expression and protests.

Unfortunately, our press, more lapdog than watchdog, has largely failed to question the motives and (mis)deeds of the people in power. As we have seen before, it is ever happier cozying up to them and helping to delegitimize their opponents. Like the mob in Kisumu, it is quick to desecrate and deface, and slow to think and question.