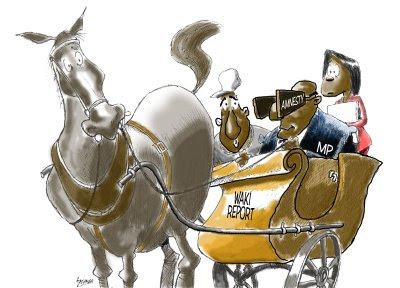 Now that one of the most vocal critics of the Waki Report, Hon. William Ruto, has backtracked and acceded to its implementation, the question is: What quo is he getting for his quid?
I'm certain that his change of tune has not been occasioned by a miraculous spiritual revelation but by a rather mundane political epiphany. The intentions of the report's authors are unlikely to survive a ride through our National Assembly and courts.
Sure we will end up with some cosmetic moves towards justice but nothing substantive. And while a few of their pawns may be allowed to rot in jail as a sacrifice to appease our wrath, none of the organisers and financiers of the post-election violence is ever likely to pay for the crimes. Ruto himself recently told us that it was "dishonest" for us to demand that they do.
I predict that a day of national forgiveness is coming (properly attired in the now regulation public holiday), preceded by a Truth and Justice Commission which will provide neither truth nor justice. A local tribunal set up to investigate the post-election crimes will expend massive resources and effort overlooking evidence and missing clues. A feeble attempt at prosecution will be made and quietly abandoned years later following innumerable Constitutional petitions. Already lawyers are pointing out that "a court ruling that expunged the name of former Central Bank of Kenya governor Eric Kotut from the recommendations of the Goldenberg Commission report has sounded a death knell to recommendations of all commissions formed since independence", including the Waki Commission.
All this will be covered in great mind-numbing detail by our local media though a few years later it will be difficult to find a Kenyan who remembers exactly what all the fuss was about.
Posted by Gathara at 7:38 AM 2 comments: 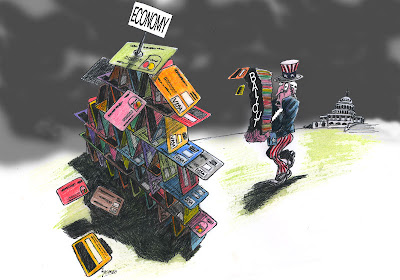 Posted by Gathara at 5:19 AM No comments:

Methinks The Minister Doth Protest Too Much...

Posted by Gathara at 3:38 PM No comments: 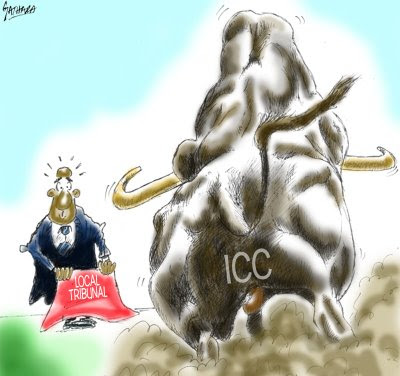 Isn't it just great to see the consternation that the Waki report is causing our previously untouchable politicians? The thieving, murderously incompetent rabble-rousers deserve everything that's coming to them.
Posted by Gathara at 11:54 PM No comments:

Crumpin' you can believe in!
Posted by Gathara at 8:05 AM No comments: 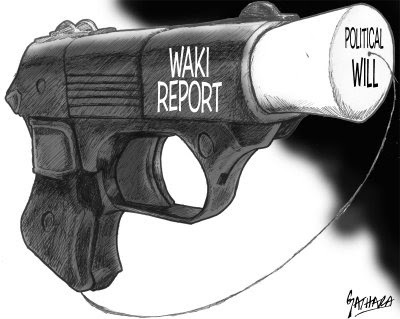 Surprise, surprise! It now emerges that the change of mind by principals in ODM and PNU regarding the implementation of the Waki report had nothing to do with the interests of Kenyans at large. It is instead a cynical attempt to keep instigators and  perpetrators of the post-election mayhem away from the hands of prosecutors at the International Criminal Court.

[T]he Nation learnt that the fear that post-election violence suspects could be taken to the ICC at The Hague, The Netherlands, is behind the change of mind by some MPs within PNU and ODM.
Sources said PNU leaders were taken through the Waki report and its implications if a local tribunal was not formed by lawyers Mutula Kilonzo who is also Metropolitan minister and former Kanu chief whip Justin Muturi.
Mr Kilonzo managed to convince 10 Cabinet ministers allied to PNU not to dismiss the report as this would land the suspects in the ICC....
Mr Kilonzo, Mr Sirma, MPs Bonny Khalwale and Cyrus Jirongo said MPs had read and understood that it was futile to dismiss the Waki report when it had a self-implementing mechanism.

Yesterday's 9pm TV news reports showed Deputy Prime Minister Musalia Mudavadi recommending adoption of the report on the basis that it would be easier to manipulate a local tribunal than to deal with the ICC. In fact, the Daily Nation further reports that there are already moves to "propose amendments to the Waki recommendations to ensure that instead of having two foreign judges and one local in both tribunal courts, two judges should come from Kenya" once the report is tabled in Parliament. (Since this was not a Parliamentary report, it is unclear on what authority the MPs would amend it.)
It is thus clear that there never was any intention of ensuring that those responsible for the rape, murder and displacement of thousands faced justice. On that score alone, we should do away with the whole idea of a local tribunal. Since both parties were keen to report one another to the ICC in January, I think we should grant them their wish and let Luis Moreno-Ocampo have his way with them.
Fiat justitia, ruat coelum (Let justice be done, though the heavens fall)!
Posted by Gathara at 3:34 PM 1 comment: 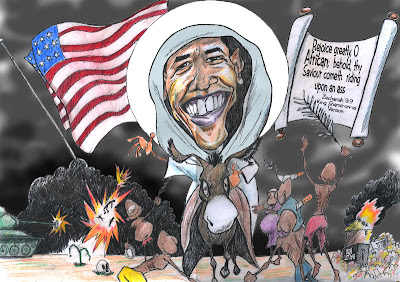