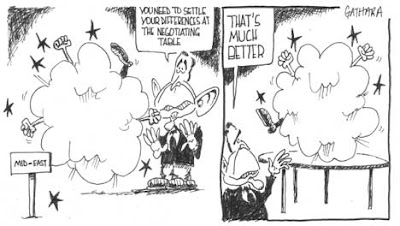 Earlier this year, US President George Bush announced to all and sundry his expectation of the signing of a peace deal between the Israelis and Palestinians before he leaves office. In the meantime, his administration continues to ignore calls to talk to Hamas who yesterday announced that they would be willing to live in a Palestinian state within the 1967 borders as demanded by the UN. The US not only refuses to sanction Israel for its continued violations of agreements (especially with regard to roadblocks and settlements) while insisting that the Palestinians uphold their end but is also complicit in the illegal and immoral collective punishment meted out to the residents of Gaza.

The fact is the American Government has no interest in securing peace in the middle east because peace is the one thing the Israelis fear beyond all else. For as long as the illusion of an existential threat is perpetrated (and the US continues to act as Israel's mindless enforcer), then the Jewish state has a free hand in dealing with the Arabs. It can ignore all accepted norms of decent, civilised behaviour, can tear up UN resolutions, can appropriate the land of others, can turn Gaza into one huge concentration camp and continue to maim and murder Palestinians at will. A peace agreement would force them to abandon their search for Libensraum at the expense of their neighbours and would force the Jews to face up to the reality that they have behaved in a manner reminiscent of the attrocities perpetrated against them by the Nazis.
Posted by Gathara at 12:11 PM No comments: 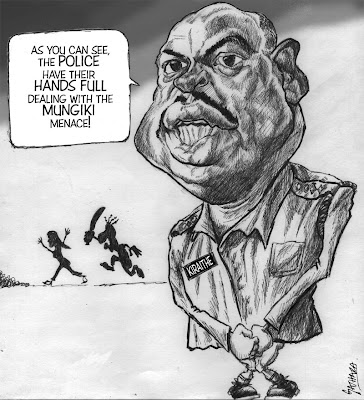 And true to form, one Eric Kiraithe, the police spokesman, continues to peddle his own particular version of fact-deficient reality. Remember this is the same guy who claimed the footage of police killings in Kisumu was digitally doctored only to announce later that the virtual slayings were the subject of a very real investigation and prosecution. Now he tells us that the police have the situation under control. Methinks he needs to leave his bong at home when he goes to the office.
Posted by Gathara at 11:05 AM 2 comments: 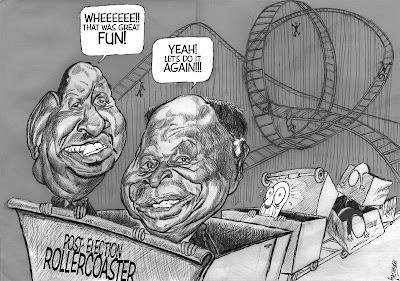 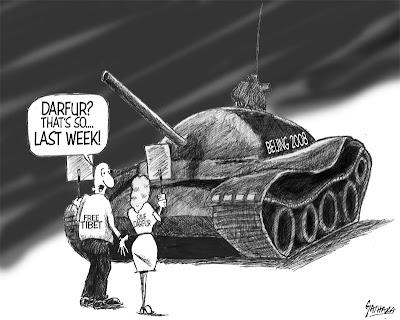 Isn't it amazing how quickly the international agenda set by protesters can change? A few weeks ago, the tragedy in Darfur was all the rage. Today, it has been relegated to the back burner as Chinese actions in Tibet take centre stage. I'm sure the genocidal government in Khartoum is revelling in its new-found anonymity. Meanwhile the millions suffering in Darfur continue to be a sore reminder of the hypocrisy and ADHD that characterises the protest movement. I sure hope the Tibetans make the most of the international attention while it lasts.
Posted by Gathara at 12:00 PM No comments: 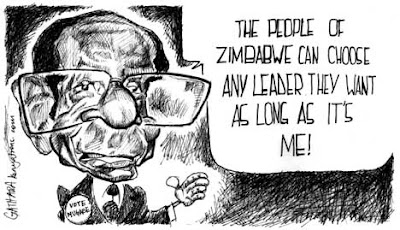 Light At The End Of The Tunnel? 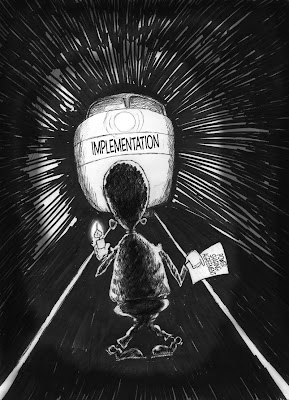 IPO of My Eye? 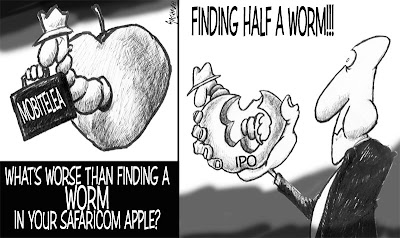