Pressing Freedoms: Shutting Up WikiLeaks, Shutting Down The Media 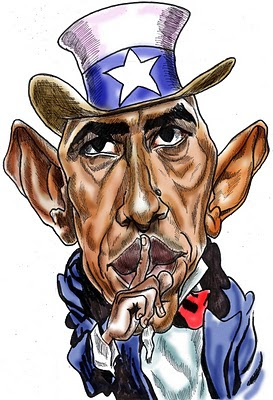 December 7, 2010 is a date which will live in infamy. Not because it marks the anniversary of the Japanese attack on the US Naval base at Pearl Harbor, but because of two events which took place on two continents separated by the Atlantic Ocean but united by shared interests. In the UK, Julian Assange, founder of the whistle-blowing website, Wikileaks, was arrested on a Swedish warrant and across the Atlantic, the US announced that it would be hosting UNESCO's World Press Freedom Day event in May next year.

Under normal circumstances, none of these would merit any attention. However these are not normal circumstances. In the last few weeks, the diplomatic world has been thrown into a tizzy by Wikileaks' release of thousands of the quarter of a million classified cables, containing secret communications from US envoys around the world.

The cables have caused much embarrassment and earned Assange the enmity of government types across the Western world. In the US, Senate Republican Leader, Mitch McConnell, has branded him “a high-tech terrorist” and the ever-colourful former vice-presidential candidate, Sarah Palin, compared him to the “editor” of al Qaeda’s new English-language magazine Inspire and demanded that he be hunted down “with the same urgency we pursue al Qaeda and Taliban leaders.”

Western governments have launched a crusade against Wikileaks which has spilled over into the internet and commercial domains. The US government has leaned on American corporations to get them to stop servicing the now rogue site. Wikileaks has been pushed off a series of servers in the US and online money transfer services, such as Pay Pal and Mastercard, have cut it off. In Europe, the Swiss postal system shut down Assange's bank account, stripping him of yet another key fundraising tool.

Despite all this, the US and her allies have yet to come up with a single law that Assange has broken in relation to the leaked documents. The fact is Wikileaks hasn't actually leaked anything. It has simply published material leaked by a young soldier, Private First Class Bradley Manning, who, having watched Iraqi police abuses, and having read of similar and worse incidents in official messages, reportedly concluded, "I was actively involved in something that I was completely against."

“It is simply ridiculous to even think Wikileaks has done anything criminal” says Andreas Fink, CEO of DataCell, an Icelandic online payment company that has kept the channels open to Wikileaks and threatened to sue VISA for stopping payments via DataCell to the site. “If Wikileaks is criminal, then CNN, and BBC, The New York Times, The Guardian, Al Jazeera and many others would have to be considered criminals too as they have published the same information.”

The only explanation for the unprecedented attack on rights that citizens of the West take for granted is that the ultimate target is the public's right to know what is being done and said in their name by shadowy officers in faraway places.

Much of the criticism of Wikileaks also revolves around the notion that releasing such information risks lives, exposing or compromising the identities of informants, spies, human rights activists, journalists and dissidents. Yet previous Wikileaks’ releases of US defence department documents relating to the wars in Iraq and Afghanistan have resulted in no such consequences. Four months later, the US military still has no evidence that anyone has been harmed because of information gleaned from Wikileaks documents.

It is painfully obvious that governments are seeking to protect their own reputations, not lives. The attacks on Wikileaks are part of a global trend towards constricting media freedoms. The Freedom of the Press 2010 report, compiled by Freedom House, which conducts research and advocacy on democracy, political freedom and human rights, reveals that the overall level of press freedom worldwide has been in decline for the last 8 years.

“Both governments and private individuals,” the report says, “continue to restrict media freedom through the broad or disproportionate application of laws that forbid … ‘endangering national security.’” In particular, the report notes that the internet and other new media have become sites of contestation between citizens attempting to provide and access news and governments attempting to maintain control.

The governments have argued that secrecy is essential for the conduct of diplomacy. But as US President Barack Obama noted last year: “The Government should not keep information confidential merely because public officials might be embarrassed by disclosure, because errors and failures might be revealed, or because of speculative or abstract fears.” Secrecy is also an important ingredient in the conduct of illegal and immoral activities and it is one that is frequently employed by repressive governments across the globe. It is the duty of a free and responsible press to strive to uncover that which governments would rather hide.

It is, therefore, more than a touch hypocritical for the US to be hosting the World Press Freedom Day 2011 in order to, according to one online report, “prove its commitment to expand press freedom and the free flow of information in this digital age.” The theme for the commemoration will be “21st Century Media: New Frontiers, New Barriers”. It will perhaps be the perfect opportunity to ponder why the governments of societies which pioneered press freedoms in the last century have become the new barriers to the spread of those same liberties in this one.
Posted by Gathara at 12:26 PM

...one can only hope that the masses (who actually would fully gain from the disclosures) will fully push and back for Wikileaks legitimisation and the release of Assange. Nice read Boss!