Why Kenyans Should Keep An Eye On The Trump Presidency 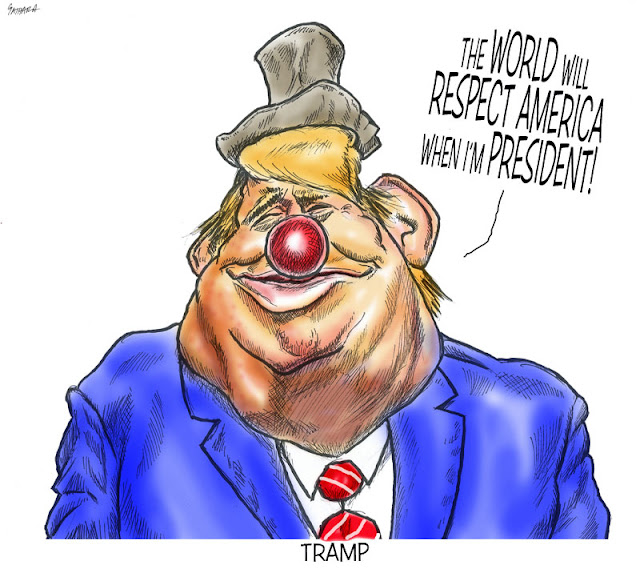 Despite the major changes inaugurated by the 2010 Constitution, the Kenyan Presidency still sits comfortably and unchallenged at the pinnacle of our politics. It is propped up by many of the norms that developed in the last half-century, especially during the dictatorships of Jomo Kenyatta and Daniel Arap Moi. Over the period, many looked to the United States for a model of how a powerful Presidency could be constrained. However, since last year, goings on over there have had a distinctly familiar ring.

During his unorthodox campaign, Donald Trump, who is to be inaugurated as President of the United States this Friday, violated with almost total impunity many of the norms, if not laws, that have served to keep American politicians in check for decades and centuries. "I could stand in the middle of 5th Avenue and shoot somebody and I wouldn't lose voters," he memorably described it.

“The American presidency has never been at the whims of an authoritarian personality like Donald Trump,” John Dean, White House counsel under President Richard Nixon from 1970 to 1973, told McKay Coppins of The Atlantic. “He is going to test our democracy as it has never been tested.”

Geoffrey M. Hodgson, Research Professor in the University of Hertfordshire, defines institutions as “systems of established and prevalent social rules that structure social interactions. Language, money, law, systems of weights and measures, table manners, and firms (and other organizations) are thus all institutions.” In their insightful book, Why Nations Fail, Daron Acemoglu and James Robinson, describe institutions as simply the rules, written and unwritten, that influence how systems work.

While the language may be slightly different, the intent is essentially the same. Institutions are about the way things work rather than merely a set of formal organizations or even formalized rules.

The United States system is a case in point. Americans love to hold up their constitution as the ultimate defense against tyranny. But while the formal rules regarding governance it proposes are an important bulwark, arguably American democracy is built on a foundation of social norms and expectations much more so than formal rules.

For example, the two-term limit for presidents was not part of the Constitution. Rather, it sprang from George Washington’s decision not to run for a third term and held for the better part of a century and a half until Franklyn Roosevelt violated it in 1940. In fact, it was not until 1951 that the US constitution via the Twenty-Second Amendment finally imposed term limits. Similarly, the fundamental role the Supreme Court plays in assessing the constitutionality of legislation is not expressly provided for in the Constitution either.

It is for this reason that Trump poses such a big threat to American democracy. His refusal to release his tax returns, for example, bucks a near-5 decade old practice observed by all major party candidates which is designed as a measure to enhance transparency. The multiple conflicts of interest he carries into the White House and his statements about similarly flash the finger at years So does his post-election lack of moderation and disdain for “political correctness”. Yet the latter has been crucial in helping to keep the ugliness of overt racism, xenophobia and bullying out of mainstream American politics. Trump’s demeanor during and after the election have however legitimized conduct previously considered beyond the pale.

Donald Trump already has changed America, and not necessarily for the better. In the next four years, he will continue to affect not just the US, but also attitudes towards it in countries across the globe. The question is whether he will fashion it in his own rather grotesque image or whether the country’s institution will prove resilient and tough enough to contain him. In either case, there will be valuable lessons to be learnt from the continuing American "experiment in democracy". For Kenyans, struggling to implement our own democratic system of governance and to develop the social norms and attitudes that will underpin it, it would be wise to pay close attention.

Following our discussion, is it not patently obvious - how a single agent "the Donald" or "Uhuru" can change things, start a whole new dynamic even where "institutions" have been established as you eloquently state in your article? does this not tell you how "systems" and "agents" interact and where the most interventionist opportunities lie???????
Vlo