The Necessary Enemy of The People 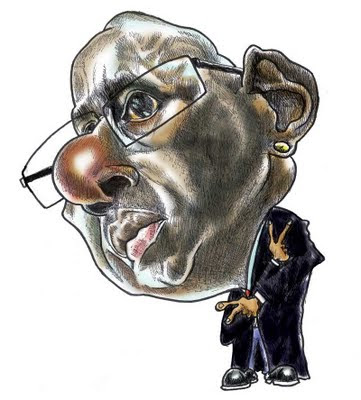 Next week's issue of The EastAfrican will feature a glowing profile of Dr. Willy Mutunga and will be full of praise for the decision by the Judicial Service Commission to nominate him for the post of Chief Justice with Nancy Baraza as his deputy. With both the President and Prime Minister endorsing the two nominees, and with opposition from William Ruto's camp seemingly crumbling, Parliamentary approval appears to be a foregone conclusion. In a few weeks time, all things being constant, Dr. Mutunga will take office and change from being the champion of Kenyans' rights to being an instrument for their suppression.

Now, I have absolutely no reason to think that that Dr. Mutunga is anything other than what the EastAfrican piece will say he is: a fearless advocate for social justice. I have no doubt that he is as committed to uplifting the lives of ordinary Kenyans as anyone can be. My reservations have nothing to do with either his qualifications or his integrity. They, however, have everything to do with the nature of power and the propensity of my countrymen to ignore the lessons of history.

Power corrupts. A simple yet unfailingly true phrase. Kenyan's history is replete with fallen icons, former giants of matchless courage and integrity whose reputations did not survive a sojourn into government. In this pantheon you will find the likes of Mwai Kibaki, Raila Odinga, Martha Karua, Kivutha Kibwana, Anyang' Nyongo, Wangari Maathai, Kiraitu Murungi and Mukhisa Kitui, just to name a few of the most recent examples. By the time they were raptured into government, many of these had fought the good fight, risked life and limb, and endured torture, incarceration, beatings and tear gas, all in the name of upholding the rights of ordinary Kenyans. They inspired us, and brought the despotic government of Daniel Arap Moi to its knees, by the sheer force of their beliefs.

Yet all of them eventually turned into the very oppressors they were once fighting after we put them in power. Which brings me to my second point: Kenyans unrelenting and, frankly, psychotic sense of optimism. Despite all evidence to the contrary, we still persist in the illusion that if we just elect or appoint a nice guy, all will be well and we can look forward to living out the rest of our lives in comfort and luxury. We allow our institutions to rot while we wait for the promised Messiah, our very own Mandela or Ghandhi.

"Eternal vigilance is the price of liberty" is a line familiar to most. What is perhaps less well known are the words that Wendell Phillips uttered following these:"The hand entrusted with power becomes, either from human depravity or esprit de corps, the necessary enemy of the people. Only by continual oversight can the democrat in office be prevented from hardening into a despot." Phillips was only too well aware that the intrinsic goodness of the powerful could not be the ultimate guarantor of liberties. Similarly Kenyans should put their faith in their own ability to monitor and control the people in office, and not in candidates' records and words.

Now, I am not saying that qualifications, experience and integrity are unimportant. I hold them to be vital. However, like Phillips, I know they are just proof that the man (or woman) can do the job. They are no guarantee that he (or she) will actually do it. Past performance is fickle surety for future returns. Only "continual oversight" will deliver that and it will require that we treat all office bearers, Dr. Mutunga included, as "the necessary enemy of the people." I hope all the good folks applauding our next chief justice will keep this in mind.
Posted by Gathara at 8:21 PM

Kenyan populace is too illiterate, naive and tribal to constitute a continuous oversight over any Gok official. The recent media bill and NGOs bill is an attempt to keep the status quo, keep the general masses uninformed and thus poor . Easy to govern. There is a strong establishment in Kenya commited to keep the things the way they are. Until when a good portion of Kenyans is informed to the extent of causing a revolution and strengthen our institutions, I think we are stuck!

Very prophetic. The murky procurement around the CJ must be bewildering - everything from idle Mercs, radioactive offices, 2 dismissed (female) deputies, over-priced mansions & courts seem designed by the entrenched networks to detract his ideals & zeal