What Kenya Got Wrong With Devolution 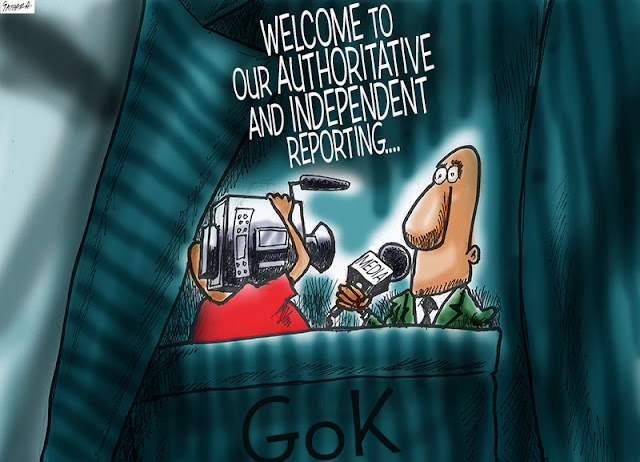 Thomas Hobbes, the 17th Century English philosopher, used the term "Leviathan" to refer to a government, inspired by the Biblical description in the Book of Job, Chapter 41 of a huge sea-creature possessing tremendous strength and power. While Hobbes obviously admired the Leviathan’s power, it is clear that it was a creature to be feared. “Any hope of subduing him is false” warns the Bible.

In Kenya, taming this beast has been a consistent preoccupation of pro-independence and human rights activists for at least three generations. It has been long acknowledged that the conduct of people in government and the policies the state undertook were the single largest determinants of either the quality of life citizens enjoyed or the suffering they were forced to endure.

Given this, the concentration of power at the centre, in the hands of a few within the government, and primarily in the hands of the President, was diagnosed as the problem. The obvious solution then was to decentralize functions from the Presidency to other institutions and to devolve them from central government to county governments.

However, it seems, little thought was given to the concentration of power in government itself. Because the government we inherited from the British was all powerful, we appear to have taken for granted the centrality of its position in the lives of Kenyans. The unstated assumption was that by decentralizing and devolving functions within government, by bringing it closer to the people so to speak, we would make the citizenry more powerful.

But it has not turned out that way. We didn’t give the people more power; we gave them more government and kept power firmly ensconced in the hands of the devolved state. Not only do the people now have to shell out much more money to support this new structure, but we have also devolved and decentralized many of Nairobi’s bad habits, from theft of public resources to impunity for the perpetrators.

In the book, The Real Politics of the Horn of Africa, Alex de Waal shows how elite capture and control of government in the region more closely resembles a criminal enterprise than democratic politics. It is a perfect description of what is happening both at national and now, county, levels. Far from serving the people, state structures have become tools for elites seeking opportunities to loot and to reward their supporters.

Further, despite, or perhaps because of devolution, government continues to play an outsized role in the lives of citizens.  The state’s behaviour, not individual merit, hard work or ingenuity, remains the most important factor for the people’s circumstances. Proximity to it is what determines winners and losers, who lives and who dies. It is no accident that any list of the richest Kenyans is dominated by politicians and government functionaries and that their poorest counterparts tend to be those whom government has either ignored or deliberately marginalized. Far from returning the power to the people, we have actually entrenched their dependence even further.

The problem is we have failed to encourage the growth of alternative centres of power, not within, but outside of the state. We have allowed it to monopolize power and crowd out everybody else. We have allowed it to systematically undermine any potential competitors. We have acquiesced in the subjugation of the media, trade unions, organized civil society, business and even the church, to the dictates of government.

It is thus not surprising that everyone seems to want to be in government and every community wants to control it. It is Kenya’s Number One growth industry, a nationwide pyramid scheme, with benefits percolating upwards. The higher you go, the richer it becomes.

Today the government purports to prescribe to adults how and whom they can love, what and when they are allowed to drink, even what they may say or think. Worse, there has sprung up an entire industry dedicated to push the idea that government knows best, that we are its wards and should not question it, even when it breaks the law.

We should be worried when our professionals, clergy, and governance activists all see joining government as the summit of achievement. We have failed to learn from the experience of 2002 when we decapitated the civil society movement and installed its entire leadership in government. Just as we failed to learn from the co-option of the labour movement by government in the 1960s. Today, as the clergy flocks to the government, the state is trying to regulate who can minister in a church and what can be taught in a mosque. Our once vibrant media has been reduced to parroting the “Official Truth” even as former newsmen dine at the table of state.

The truth of Wendell Phillips’ declaration rings clear: "The hand entrusted with power becomes, either from human depravity or esprit de corps, the necessary enemy of the people. Only by continual oversight can the democrat in office be prevented from hardening into a despot."

Continual oversight requires powerful actors outside the government who are able to challenge it. It also requires an empowered citizenry that is able to resist the predations of the state. We must create and incentivize the habitation of non-governmental spaces. And to do this, we must give Kenyans true independence, not just a bigger say in how the Leviathan runs their lives.

this post is very helpful for me as i am new to blogger.But one thing i cant understand is that ufabet