Of White Elephants and Ivory Towers 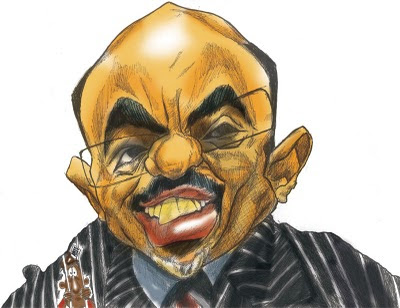 The construction of the Gilgel Gibe III dam on the Omo river in Ethiopia has been condemned by conservationists and indigenous rights campaigners as a white elephant, a monument to government myopia, incompetence and greed. In return, the authorities accuse these “do-gooders” of romanticising rural misery from the comfort of their ivory towers. In between are the people of the region, whose interests both sides claim to be championing.


Such controversy is not new. The World Commission on Dams, which reviewed the effectiveness of large dams, seemed to capture both sides of the issue when it wrote, “There can no longer be any justifiable doubt that dams have made an important and significant contribution to human development, and that in too many cases an unacceptable and often unnecessary price has been paid to secure those benefits, especially in social and environmental terms, by people displaced, by communities downstream, by taxpayers and by the natural environment.”

In the case of the Gilgel Gibe dams (there are five in total, two of which have been completed), the touted benefits to the country and region are compelling. Ethiopia, the continent’s second most populous country, has one of the world’s lowest levels of access to modern energy services. According to the World Bank, only 12 per cent of Ethiopians have access to electricity. Its installed capacity as of 2006 was less than 800 MW, nearly 90 per cent of which was generated by hydropower. By contrast, the country has one of Africa’s highest hydropower potential, estimated at 30,000-45,000 MW. To tap this potential, nearly 300 sites have been identified for possible future development.

Surrounding countries are also hungry for that power. According to Emmanuel Nzabanita of the African Development Bank, which is considering financing Gibe III, the power systems of East Africa are still in their infancy, with insufficient installed capacity to satisfy domestic demand. Overall electrification rates are miniscule (around 10 per cent on average) and per capita energy consumption is one of the lowest in the world. Hydropower from Ethiopia would come at half the cost of that from other plants being built in East Africa; moreover, the planned interconnection between the Ethiopian and Kenyan systems as well those of Uganda, Rwanda, Burundi, eastern Congo, Tanzania and Zambia will enable the development of the huge hydropower resources in Ethiopia at a considerably lowered cost due to the economies of scale thus realised.

For Ethiopia, ranked 171 out of 182 countries on the United Nations Development Programme's 2009 Human Development Index, and where 39 per cent of the population lives on less than $1.25 a day, the revenues to be earned from exporting power are not to be sneezed at. The World Commission on Dams report noted, “Groups bearing the social and environmental costs and risks of large dams ... are often not the same groups that receive the water and electricity services, nor the social and economic benefits from these.” In the case of the Gilgel Gibe dams, many of these costs will be borne by the marginalised groups living downstream of the dams and by their equally neglected compatriots on the other side of the border in northwestern Kenya.

These communities, comprising nearly half a million people, are entirely dependent on the Omo River and Lake Turkana, which it feeds. They face the immediate loss of traditional means of survival, such as annual floods that bring fertile silts and allow the growing of crops in an otherwise barren and waterless land. Though desirous of the benefits of modern amenities, many of which are powered by electricity, they are sceptical of promises from governments in faraway capitals that have only been too content to ignore them in the past.

This fear — arising from past experience — is what needs addressing and is why preliminary studies, including environmental and social assessments, are vital. They are not about stopping or curtailing development but enabling it. For development is not about dams and electricity, but about people. Societies should be measured not by the numbers on balance sheets, but by how those numbers translate to a better life for all their people.

A second advantage of doing your due diligence is that it stops good projects from evolving into white elephants. The World Commission on Dams points out that large dams have a tendency to come in late and over budget. Properly done, preliminary studies can help mitigate this; you ignore them at your peril. The Ethiopian dams have proven to be no exception.

Gibe II, the second in the series, is a case in point. Inaugurated in January 2010 after shoddy planning had led to a three-year delay and a total cost of $0.5 billion, it suffered a catastrophic tunnel collapse barely two weeks later, which will cost another $25 million to repair. The Ethiopian embassy in Kenya insists that this collapse was expected and that the contractors, Salini Constrotturi S.p.A, would bear the cost of fixing it. But Salini’s own website ascribes the collapse to “an unforeseen geological event” and International Rivers, a group opposed to the construction of Gilgel Gibe III, suggests that “the dubiously negotiated contract for Gilgel Gibe II exempts Salini from geological risks,” meaning the Ethiopians will get stuck with the tab. As Caterina Amicucci of the Italian group CRBM put it, “Gilgel Gibe demonstrates that cutting corners does not speed up development, but can rather produce costly disasters.”

It is a lesson that governments and funding agencies are loath to learn. For example, during her visit to Kenya in November last year, World Bank vice-president for Africa Obiageli Ezekwesili raised concerns about the manner in which the Ethiopian government was managing the project, in particular the environmental and social impact assessment (ESIA) which was not conclusive (a group of scientists calling itself the African Resources Working Group has completely rubbished it) and the award of the contract to Salini without competitive bidding. Three months later, Ken Ohashi, the Bank’s country director for Ethiopia and Sudan, while confirming that the omission of a competitive tender meant the Bank couldn’t loan the Ethiopian government money for the project, nevertheless declared the its willingness, "to help mobilise financing from the private market ... by providing a guarantee."

A document prepared by the Italian embassy in Ethiopia enumerates another lesson from Gibe II. “The Project was defined without a comprehensive sector support strategy,” it says, and lists as possible negative consequences, “limited scope for supporting best practices for (socio) environmental impacts of large infrastructures.” In this regard, the World Bank, the EIB and the AfDB are co-ordinating their activities on Gibe III. The three institutions have fielded at least four major missions together in Ethiopia as part of their due diligence. The AfDB and the European Investment Bank have jointly financed an Economic, Financial and Technical Assessment of the project, which was undertaken in consultation with the World Bank.

Transparency, a feature of successful projects, is missing from Gibe III. When the Kenyan government sent a fact-finding delegation to Ethiopia, they pointedly left out the organisations, such as Friends of Lake Turkana, who had called for it. Their finding that the dam poses no threat to the lake, comes as cold comfort to the communities there.Within Ethiopia itself, people opposed to the dams are afraid to speak up. Those interviewed for this report even feared the identification of their communities. Not surprising in a country considered only “partly free” by Freedom House and which in 2006 was ranked 160 out of 168 in the Reporters Without Borders’ Worldwide Press Freedom Index.While, for this report, the Ethiopian embassy did provide the opportunity for a short interview with Yelibu Lijalem, the deputy head of mission, as well as a statement extolling the virtues of the project, this misses the point. It is not the press that needs convincing.

In the end, the controversy over the Gibe dam revolves around trust. As Terri Hathaway of International Rivers put it, the question is, “How do the governments demonstrate their political will to provide for their citizens, if you've broken promises in the past or you're taking actions to disempower those people, then there's no trust or belief in what's going to go forward.”

For example, according to the 2008 ESIA, authorities managing the dam would be obliged to release moderate amounts of water to create an artificial flood as mitigation for the loss of the natural one. The Ethiopian authorities maintain that the dams are necessary for controlling natural flooding but ignore the dangers the dams themselves present. Thus, when in 2006, heavy rainfall led to serious concerns over the amount of water in the Gilgel Gibe I dam and there were emergency releases, these came at the height of the natural flood downstream, contributing to a deluge that killed over 400 people downstream. Conversely, while authorities are again obliged to release a minimal flow during the dry season to maintain life on the river, according to the activists, they may not do it because they need the water to generate power.

Over the last century, people living downstream of large dams, especially indigenous, tribal, and peasant communities, have suffered disproportionately. Impacts include extreme economic hardship, community disintegration, waterborne diseases and the loss of natural resources upon which livelihoods depended. Unless these people feel that they have been consulted in the conception, design and management of dams, to require that they happily entrust their future to them is the very definition of living in an ivory tower.