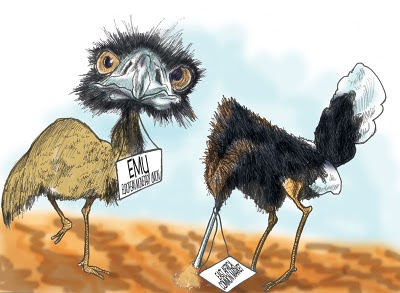 Déjà vu is the experience of feeling sure that one has witnessed or experienced a new situation previously although the exact circumstances of the previous encounter are uncertain. The inauguration of the East Africa Community’s Common Market as a step on the way to an envisaged political federation induced just such a feeling. The thing is, we have been here before.

The five Presidents congregated in Nairobi mirrored another, albeit smaller, gathering in the same city 46 years ago. In June, 1963, the leaders of the newly independent states of Kenya, Uganda and Tanganyika declared, “… we believe a political federation of East Africa is desired by our peoples. There is throughout East Africa a great urge for unity and an appreciation of the significance of federation.”

The three were being more than a little disingenuous. The political federation of East Africa has never been a people-driven affair. From the start it was a colonial project opposed by the very people in whose name it was done. Which is surprising, since we were East Africans long before we became Kenyans and Ugandans and Tanzanians.

By independence, we already had more than 40 different East African institutions covering areas such as research, social services, education/training and defence among others. This lead Tanganyikan President, Julius Nyerere, to observe in March 1963, that, “a federation of at least Kenya, Uganda and Tanganyika should be comparatively easy to achieve. We already have a common market, and run many services through the Common Services Organisation…. This is the nucleus from which a federation is the natural growth.”

Yet 2 years later, the common market would disintegrate following Tanzanian proposals that each country establish separate currencies and banks. Frenzied actions to save the federation project, including the promulgation of a formal Treaty for East African Co-operation and the setting up of the East African Community, would come to naught as the EAC itself collapsed in 1977 and was formally wound up in Arusha on 14th May 1984. On the latter occasion Nyerere declared that he could not “pretend that this is a very proud day for East Africa”.

What went wrong? Quite simply, the leadership failed to carry the people along. The project was a forced marriage that made sense to and benefitted the elite few but was viewed with suspicion by and never properly explained to the common citizenry. As early as 1925, when the British government established an East Africa Commission chaired by Colonial Secretary, W. G. Ormsby-Gore to solicit views from Africans, people of Asian descent and Europeans on federation, the idea found “little, if any, support ... and in some quarters …definite hostility.”

The commission “received a memorandum against federation from the King and the native government of Buganda, and discussions which had taken place in parts of Kenya immediately prior to our arrival revealed that the suggestion was viewed with more than a little suspicion by all sections of European opinion in Kenya. All shades of opinion in Zanzibar are hostile to federation and we also received representations against federation from various Indian Associations throughout the three northern territories”. Africans were particularly suspicious of the motives and intentions of the colonists. In 1927, yet another commission, this time chaired by Sir Hilton Young, received a memorandum from the Kikuyu Central Association rejecting the idea of federation.

Without the bulwark of popular support, at independence the colonial enterprise of federation became hostage to the petty personal rivalries and jealousies of the region’s new class of leaders. By 1977, it resembled more a clash of heads than a union hearts.

Its current reincarnation is proving to be little different. A recent report notes that the majority of East Africa's 126 million people are not aware of the benefit of regional integration, let alone the process with most citizens viewing it as an elite project."The project has a lot of goodwill from ordinary citizens but lack of active involvement has left it standing solely on the political pillar, without the critical social and economic relevance that would make it a reality in people's lives," Prof Regina Karega, one of the scholars who conducted the study said. This lack of an integration of the peoples was in evidence in September 2008, when Kenyans kicked up a fuss over reports that the US President George W. Bush and Tanzanian president, Jakoyo Kikwete had discussed "instability in Kenya. It was further exposed earlier this year when Kenyans ripped up sections of the Uganda railway and openly called war over Ugandan military occupation of Migingo Island (population:250), an insignificant piece of rock in Lake Victoria.

It is acknowledged in the appellations of the organs of integration. In much of the rest of the world the name of the regional grouping tends to reflect the stage of integration which has actually been attained. African regional groupings and the EAC in particular, have used terms such as “Community”, and “Common Market” in their names more as a reflection of elite aspirations. Thus our customs union meant neither the abolition of internal tariffs nor synchronization of external ones, disputes over fishing rights and work permits are a feature of our “common markets”, the East African passport is only valid for travel within what is supposed to be a borderless East Africa and our federating countries still have territorial disputes.

The exclusive focus on reaching political and macro-economic milestones has left the process blind to the needs of the common man. While economic benefits of integration are touted (greater bargaining power in international arena; the larger market makes for a more attractive foreign direct investment (FDI) destination), ask any common East African whether last week’s ceremony means he or she can traverse the region seeking employment and you will probably get a blank stare. An East African Parliament and envisioned Presidency are not matched by moves towards a common East African identity and citizenship. In fact, they are assumed to be the same things. The legality of belonging to the EAC is thus confused for the feeling of true community.

In the 1950s, the then leader of Ghana, Nkwame Nkrumah, declared “seek ye first the political kingdom and the rest will follow” arguing that African countries should right away integrate politically. The East African leadership seems to have taken this literally. The assumption that they can create an East African kingdom to which the people will thereafter be added is dead wrong and needs to change. And there are signs that it is. Last week, The EastAfrican reported reported that the partner states are to establish integration centres at border points to sensitize the citizenry on the benefits of regional assimilation and that Kenya's EAC Ministry would use mobile phones to educate up to 17 million people on the Common Market Protocol. Hopefully this time the reality will prove different.
Posted by Gathara at 5:19 PM