The Most Powerful Weapon in The Hands of the Oppressor... 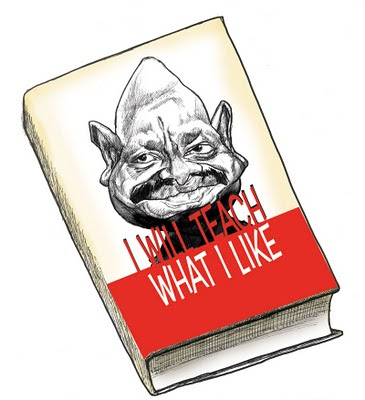 Part of the silent majority in Madagascar, silenced by fear and idleness please consider my thoughts.

We can not ignore and alienate people, let him live, then let it die, then revive it with a so-called elections in March 2010. Is the slavery rule of law (code noir: 1685) out of use, then the Zombie rule of law is applied now? . Africa is it supportive?

The Tsimbazaza’s building, seat of Parliament, has always been regarded as the home of people for Madagascar as a republic,since 1960 , this building belongs to the people but not to the executive receiving orders from people. The Executive (the military) has the duty to protect the building (as a public property) in cases of imminent danger , but not to prohibit access, nor the people nor their representatives. ; as what happened Tuesday,22nd of December 2009 in Antananarivo.
It is quite natural that the representatives of the people are willing to do their work, then sit in Parliament, in the name of continuity of the state! For what is a state without people? A colony! Territory! Or what is a state with an oppressed people?

Speaking of Madagascar there are often contradictory assumptions: lack of funding for development, however Madagascar is rich; lack of education, however, the Malagasy people is wise. (In fact this is not an exception in Africa)

These four assumptions have caused no reaction of Entrepreneurship (rather extension of an informal sector): the current poverty remains a fact

Can we ask that the French civil law ,introduced in Madagascar (1896) with the presumption of innocence has established a follow up of colonial action? Compared to the local common law that was already operating! The initiatives of the indigenous population in Madagascar have been eroded by the introduction of an unequal society (indigenous law and citizen civil law), which operates not so understandable but in clear way (colonial policy of selective assimilation ) ; the result is that we are experiencing a multitude of social lies turned into truth by public coercion, and economic standpoint legalizing continuous transfer of wealth and waste.


Prevent people from taking possession of its property and to exercise its functions is a total negation of the right of peoples, a country in a state of oppression.

We are in Madagascar at this time in the case of oppressed and stopped people , also unable to defend ourselves against a process of alienation and indigenization , that is why we appeal to the solidarity of all free peoples to help us free ourselves from oppression and alienation because alienation is a crime against humanity.