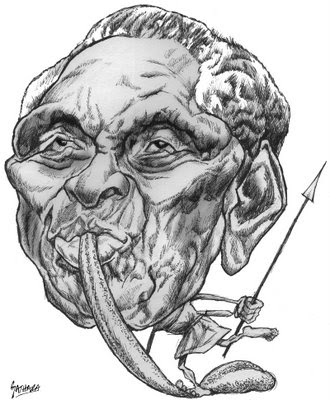 True,true.
Was waiting for this to be followed up by condemnation but WARRRR?Nothing.That both the maasais and kipsigis should just get out of the mau settlement without issuing threats...."we will pour 600 people and finish them" what backward thinking by the mzee.As for NTV i think they will have to let robert go because his reports are very "acidic" for people in power.I love his pieces and bold journalism

Why are you angry its not like we all didnt know about the activities of one william ole ntimama. will we also be shocked when one day ruto proclaims they killed thousands and displaced hundred of thousands or when kibaki comes clean that he is a thieving lunatic and coward? Its a grand coalition and you kenyans were so happy it was formed . Enjoy it and forever hold your peace

Muigwithania 2.0,
It will be a truly sad day for our country when we fail to be shocked by such things as a Cabinet Minister openly acknowledging responsibility for the deaths of 600 Kenyans and the media covering up the sentiment. That would simply mean we have given up the dream of a free nation at peace.

Gathara we are already living in that day . IDPs are forgotten while the so called progressive youth that wants change parties in Nairobi.We make a lot of noise(rightfully so) when the government sells hotels but are silent when people are killed and displaced . Maybe one day when progressive liberals are displaced from their homes and families killed we will remember the silence when people like Ntimama walked while we turned a blind eye .If there ever was a historical injustice this is one !Continue katikaring in Nairobi (it can never happen to us)

Thanks for keeping this alive. It is actually still available on YouTube:
http://www.youtube.com/watch?v=IUO0N16Wgyo
I have posted it on my blog too.